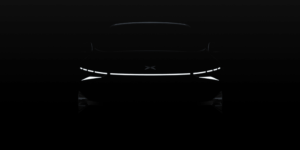 Xpeng Motors’ announcement comes alongside the highly publicised unveiling of domestic rival Nio’s first e-sedan, named ET7. Xpeng is flanking the news of the launch of its third model with initial images of the new sedan’s silhouette, but the electric carmaker is not giving any technical specs. Expect to see the new model in its entirety later in the year.

Xpeng, like the entire electric car industry in China, has rebounded after a sales slump early last year. For the past month, the company announced record deliveries of 5,700 vehicles. The figure is made up of sales of 3,691 units of the P7 and 2,009 units of the G3, representing a 326 per cent increase over December 2019 and a 35 per cent increase over the previous month. In the balance for the full year, Xpeng comes to 27,041 units delivered, of which 12,964 vehicles are accounted for by the fourth quarter alone.

Xpeng also began its expansion into Europe in December. The manufacturer completed the first deliveries of its electric cars to customers in Norway. Prices of the electric car start at 358,000 kroner in Norway, the equivalent of about 33,700 euros. According to the company, Xpeng is aiming for a market launch in other European countries this year.