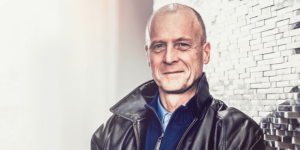 “Lilium, unlike hardly any other aviation company in Europe, stands for fresh pioneering spirit, for a bold departure into new territory,” wrote Enders on the company’s blog. He added that “This kind of pioneering spirit, innovation and entrepreneurial courage” had driven his nearly 30-year career in the aerospace industry. When CEO Daniel Wiegand asked Enders if he would accept a position on the board, he said he didn’t have to think twice.

In January, Lilium announced that Alastair MacIntosh had moved from Rolls-Royce to Lilium, where he assumed responsibility as Chief Technology Officer and Head of Design.

The software development team is based in London and managed by Carlos Morgado, previously CTO of Just Eat. The London unit links to offices in Munich and Zurich.

The start-up had raised close to 400 million euros last year. Their electric VTOL differs from more drone-like concepts as it takes its design cues and flights from jets. While competitors see the urban air space as next territory, Lilium suggests mid-range flights within a 300 km radius, i.e. racing from London to Manchester in 20 minutes.

They also specified the US a key market and announced their expansion last November. They had reached a corresponding agreement with the Tavistock Development Company and the City of Orlando, Florida. Lilium wants to serve “several large cities” such as Orlando, Tampa, West Palm Beach, Ft. Lauderdale, Daytona Beach and Jacksonville from their hub.

In Europe, Lilium had initiated the certification process for the VTOL in spring 2019.