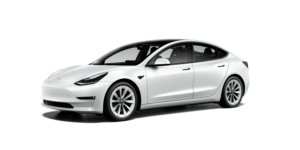 Prices have been reduced for the Tesla Model 3 in several European countries. The largest price reduction has been given in France, where the Standard Range+ variant dropped by 6,190 euros from 49,990 euros to 43,800 euros.

In Germany, Tesla has lowered the prices for all variants of the Model 3 by up to 3,500 euros. The list price for the basic Standard Range Plus version has dropped to 39,990 euros, and that for the Long Range variant to 49,900 euros. The Model 3 Performance is now listed in the configurator at 54,990 euros.

The Model 3 Standard Range Plus (“SR+”) previously cost 42,900 euros, so it has been reduced by an even 2,910 euros. The biggest price reduction of 3,500 euros was in the Performance model, which had previously cost 58,490 euros. The Long Range model was only 2,500 euros cheaper. However, a “processing fee” of 980 euros is added to the new prices mentioned.

The Tesla prices for Germany mentioned above do not include the manufacturer’s share of the environmental bonus. After deducting the government’s share and factoring in the Tesla processing fee, that leaves an entry-level price of 34,970 euros for the SR+ with a WLTP range of 448 kilometres.

The price appears to have remained the same in the UK with the Model 3 Standard Range + starting at 40,490 GBP before subsidies (about €45,680).

Of course, the new prices also have an impact on leasing rates. In the private leasing in the Tesla configurator, the Model 3 SR+ is now available from 349 euros per month (48 months, 10,000km per year), provided that the pre-selected special payment of 6,500 euros is chosen, i.e. de facto using the environmental bonus as a special payment. For the Long Range model, the monthly instalment dropped by 30 euros to 470 euros; for the Performance, it’s 531 euros per month. The rates mentioned are for a white Model 3 without further extras.

Regarding the differences between the SR+ and the two all-wheel-drive models with a larger battery, it should still be noted that the entry-level model only has a “partial” premium interior, so it is somewhat more simply equipped. Besides, the premium connectivity for all online services is only included for 30 days here, while the all-wheel-drive models have this option unlocked for a year free of charge.

The surcharges for the other options have remained the same. White is the standard paint, black, grey and blue cost 1,050 euros more, red 2,100 euros. The trailer hitch (braked up to 1,000 kilograms) costs 1,060 euros, and the “full potential for autonomous driving” costs 7,500 euros.