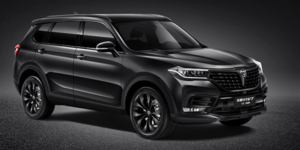 Chinese state-owned carmaker FAW is considering taking over BMW’s local partner Brilliance. The background is the precarious financial situation of Brilliance’s largest shareholder, the Huachen Automotive Group, which is on the verge of bankruptcy.

According to Reuters, the FAW Group, which also produces electric cars for the Chinese market together with Volkswagen and Audi, could spend 7.2 billion US dollars (about six billion euros) for the contemplated takeover and is trying to get other investors on board. Brilliance China Automotive Holdings Ltd is listed on the stock exchange.

Reuters’ sources told the news agency that in the scenarios currently under discussion FAW would first acquire 30.43 per cent of Brilliance from Huachen and another 11.89 per cent from the state-controlled Liaoning Provincial Transportation Investment Group. Subsequently, FAW would then make a mandatory bid for the rest of Brilliance’s shares. They cited a price of 11 Hong Kong dollars per share (1.18 euros), a 70 per cent premium over last month’s average share price of 6.48 Hong Kong dollars. After the report was published, Brilliance shares rose to 7.99 Hong Kong dollars (0.86 euros).

Should FAW take over the majority, Brilliance would likely be delisted, the Reuters sources stated. To note, Reuters had already reported in September 2020 that Liaoning was planning to take over Brilliance as part of a consortium of state-led investors and also delist it. This plan was then suspended due to “different valuations and financing difficulties” – now FAW may take on the leading role as a state investor.

FAW and BMW declined to comment to Reuters. Brilliance and the Liaoning Provincial Transportation Investment Group did not respond to requests for comment. Huachen, on the other hand, described the information as false but did not give reasons.

BMW operates the BMW Brilliance Automotive joint venture together with Brilliance. Back in 2019, the Munich-based company announced its intention to acquire a 75 per cent stake in the joint venture instead of the previous 50 per cent. BBA plays an important role in BMW’s current electric plans: the iX3 electric SUV is manufactured at the BBA plant in Shenyang and exported from there all over the world.

Is Apple getting into large-scale EV making with Kia?

Tesla open for orders in Israel