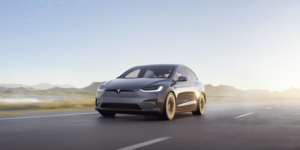 However, these are net prices. The gross price for the cheapest Model 3 will be 179,213 shekels (about 45,11o euros). Tesla also announced that it has set up a sales presence in a shopping mall in Tel Aviv, but did not specify whether this is a temporary or permanent facility.

Tesla received a licence from the Israeli Ministry of Transport to import its electric cars without volume restrictions at the beginning of January. Tesla was only allowed to import up to twenty vehicles in Israel, mainly for testing purposes. As the Israeli newspaper Globes reported at the beginning of January, this is the first time that a vehicle manufacturer has been granted a licence to import directly and market vehicles in Israel other than through a local dealer.

The background is that in Israel, even larger import companies run by the manufacturers are quite rare, as the market itself and the surrounding countries are not attractive enough markets for most manufacturers to get directly involved. Accordingly, local car dealers and importers have great market power and independence. Besides, price negotiations with customers and discounts are common with these dealers. Tesla, however, relies on online direct purchasing at fixed prices.

At the beginning of January, it was said that Tesla was also examining locations for its Supercharger and Destination Charger in Israel and was seeking the corresponding permits. There have been no new details on this since then.