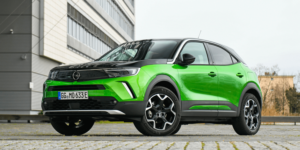 Delivery problems with the Mokka-e are a thing of the past, according to Opel CEO Michael Lohscheller. In an interview, Lohscheller stated that any customer who orders a Mokka-e now should still receive their vehicle in 2021.

As production has been ramped up in France, delivery times are to be significantly improved “We have a very good order situation for the Mokka, and for some equipment lines of the electric version we were actually sold out until September at times,” Lohscheller told German media representatives. “However, we have made improvements. Every customer who orders a Mokka-e now will get it delivered this year. So: the car is available for order and delivery, in all variants.”

An Opel spokesperson confirmed the information to the portal Autohaus. Dealers were informed of the full availability of the Mokka-e on Monday evening, he said.

The statement that production has been increased is not surprising given the emerging demand, but the timing is. At the presentation of the Mokka-e at the beginning of the month, Opel employees stated that the non-binding delivery date for new orders would be as early as March 2022. Interested parties should therefore place a binding order as soon as possible. With luck, the vehicle could even reach the customer earlier, they said about a fortnight ago.

According to Lohscheller, the course had been set “for the new Mokka to be a complete success”. Despite the question, the Opel boss did not address the cancellations of customer orders for the Mokka-e that had been mentioned in media reports in the meantime. Instead, the Opel boss reported on “downright euphoric” dealers he had visited. “For us, the Mokka is a beacon, a locomotive for the whole brand,” Lohscheller said. “And a symbol for our new self-confidence.”

Lohscheller went on to state that, in his view, two out of three important points for customers with electric cars had already been solved – the range and, thanks to government subsidies, the price. The charging infrastructure, he said, was “not yet solved for everyone. “People need to have the good feeling of being able to charge on the road at any time, that’s central,” Lohscheller said. “We need more stations, especially as the number of vehicles is growing dramatically.”