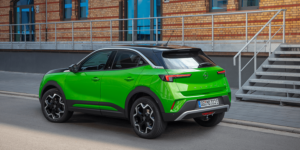 The demand for the Mokka-e “went through the roof very quickly,” the German Edison magazine quoted an unnamed Opel manager. He added that this had come as a total surprise to the manufacturer leading to the 2021 contingent of the e-SUV being depleted.

According to the report, Opel had expected a high four-digit number of sales for the coming year, and the PSA plant in Poissy, where they build the Mokka-e together with the DS 3 Crossback E-Tense, cannot produce more. They are trying to “find a solution,” the Opel manager said.

Or had said in the initial report. Edison appears to have removed the statements since and now refers to “dealer circles” saying the Mokka-E contingent having sold out ten weeks after the start of sales.

Following electrive’s request for information, a company spokesman for Opel confirmed that the carmaker has already sold out “some variants” of the Mokka-E. Only not for the entirety of 2021 but “within the current model year until September 2021”. “The Opel Mokka-e is a great success even before its official market launch in Germany in March 2021. Demand in Germany is exceeding our expectations,” he said. Clients may still order other Mokka-e trims, as well as the gasoline and diesel versions. We also asked Vauxhall for a comment regarding the UK market. A spokesperson said: “I can confirm that while Vauxhall’s order bank for Mokka-e in the UK is healthy, we are still able to satisfy growing customer demand for this model.”

Opel officially launched the Mokka-e in September when opening pre-orders at the same time, with prices starting at 32,990 euros in Germany, before subsidies. Including the innovation premium in 2021, the entry-level price of the electric Opel drops to 23,420 euros.

In the UK, prices for the Vauxhall Mokka-e start from £30,840 for SE Nav Premium models after the Government Plug-in Car Grant (PiCG). With orders open, deliveries were set to begin in Great Britain in April 2021, and we await confirmation.

The Mokka-e uses the familiar e-CMP drive train from PSA Group, which they also utilise in the Peugeot e-2008 and the Corsa-e compact car: the electric motor delivers 100 kW, the electronically limited top speed is 150 km/h. Opel cites a WLTP range of up to 324 kilometres for the 50 kWh battery.