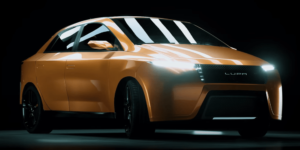 The Spanish start-up Lupa has announced its intention to build one of several planned production facilities in Uruguay. The factory is scheduled to go into operation in 2024. Among other things, the presented electric small car and an electric delivery van are to be built there.

With the plant in Uruguay, the company says it wants to serve the entire Latin American market, but with a focus on the countries of the Mercosur community. The exact location of the announced factory is not yet mentioned, but the planned start of production in 2024 and an annual capacity of initially 20,000 electric cars are.

The factory is also to be CO2-neutral from the start, “resource-friendly”, networked and flexible, according to the company. Uruguay was chosen, among other reasons, because it is one of the few countries, along with Iceland, Costa Rica and Norway, to rely entirely on renewable energy.

Lupa had announced in October 2020 that it intended to put its first electric model, the E26, on the road by 2023. This model is also to be built in Uruguay, in addition to the electric delivery van called E66 – such a model based on the specially developed platform was also mentioned in October 2020. At that time, Lupa also announced two SUV models for 2024, called SUV64 and SUV42 – each in reference to their battery size. The announcement about the Uruguay plant now mentions an electric SUV model called E137, which could also be built there later.

The company did not give any details about the announced European production in Barcelona.

Mitsubishi announces US pricing for the 2021 Outlander PHEV