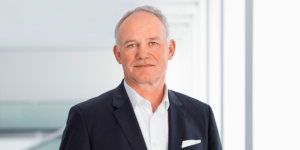 Volkswagen is losing its chief strategist, as Michael Jost will leave the company as soon as he has trained his successor. Gernot Döllner, who is currently head of the Panamera model series at Porsche, is said to be waiting in the wings as his successor.

The German publication Manager Magazin reported this with reference to insiders, as well as the e-mail in which Jost announces his departure to select colleagues. The 59-year-old was appointed Chief Strategy Officer (CSO) of the VW brand at the end of 2015, and his title will change to “Head of Group Strategy Product and CSO Volkswagen Brand” in mid-2018. According to the report, Jost was most recently responsible for the group’s product strategy.

For Group CEO Herbert Diess, this is already the second departure from his central court within a few weeks: It also recently became public that Jürgen Rittersberger – responsible for classic corporate strategy as well as acquisitions and investments – is going to Audi as Chief Financial Officer. He is swapping his position with the current Audi CFO Arno Antlitz, who in return will move to Wolfsburg as Group CFO on 1 April. Manager Magazin” also reports that Antlitz will take over the previously separate positions of Jost and Rittersberger.

Jost is said to have several reasons for his departure, but a private one is probably most important to him: Since his family lives in Munich, Jost wants to be with his family more “after 25 years of weekend marriage”. In addition, last year he was caught between the fronts in the dispute between CEO Diess and works council chairman Bernd Osterloh. As chief strategist, Jost not only thought about future products, but also the plants in which the models would be built, which partly infuriated the workers’ side. “The critics often did not understand that these were not decided plans, but scenarios,” Jost is said to have said about the workers.

In his email to colleagues, Jost pointed out that he was leaving with a success, namely with the achieved blessing of the future electric flagship Trinity, including the ambitious features for autonomous driving. The project is under the sovereignty of VW, the Wirtschaftsblatt specifies. And: “The group will invest around 10,000 euros extra per car in the Trinity models planned from 2026, making them ready for sale for autonomous driving as soon as the software is ready.” As reported, the Trinity will be based on the next generation of the current MEB platform. The model is to be Volkswagen’s innovation leader.

According to Manager Magazin, Jost also concludes the email by announcing that in the future he would like to become involved in a company that “wants to build electric and, at some point, autonomously steerable boats”.