ChargeUp Europe is making a strong business case in Brussels calling for a dedicated charging infrastructure regulation. We spoke to President Christopher Burghardt to learn which concrete measures the association wants to see enacted at the EU Level.

It is pivotal, if not an anxious time for the EU auto industry with emission standards back on the agenda and carmakers scrambling to pledge to (slowly) become greener and cleaner. At the same time, the alternative fuel directive AFID is coming under scrutiny, and this time, the electric vehicle charging industry wants to make sure not to be part of it.

Christopher Burghardt is the MD of ChargePoint in Europe and also President of ChargeUp Europe. The industry initiative is striving to become an industry association and has recently set a dedicated Charging Infrastructure Regulation (CIR) on the agenda in Brussels. Be aware, though, different from their automotive counterparts, ChargeUp Europe is not “just” looking at numbers and funding but takes a holistic perspective. 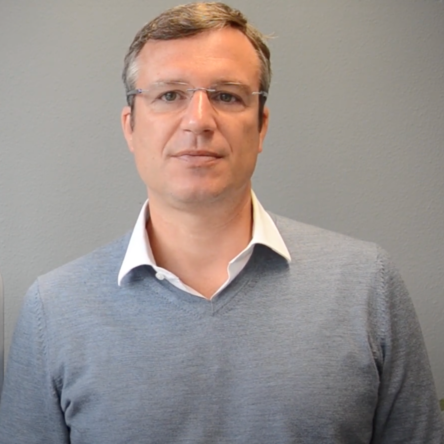 Christopher Burghardt, let’s jump right in – you are busy as an executive at ChargePoint and ChargeUp Europe, so how do your days look like in Amsterdam and Brussels?

Yes, I am the Managing Director for ChargePoint, and I am also the first President of the ChargeUp Europe association, so I spend my time driving the European business for ChargePoint as my paid day job. And then, I spend an increasing amount of time building the foundation for the association. By now, our membership is 14 full members across the industry, the ecosystem, and knowledge partners. One of the big goals is, of course, to grow and be the unique voice for the industry.

We realised that the EV charging infrastructure industry didn’t really have a specific voice, and we are trying to change that. We’re focused on being an information platform because it’s a new sector. The willingness to drive an electric car is high in the EU. Still, there isn’t a ton of knowledge yet about what electric vehicle charging infrastructure entails, how the fueling model works, what it means for consumers, what it means for infrastructure owners and so on. Secondly, it’s about defining the policy environment as this defines the market within which we operate as an industry.

Staying with industry – the car industry is quite nervous, or say ambitious at the moment – revisions of Euro 7 or AFID are coming in. How do you see the interaction, i.e. could Volkswagen become a member?

An excellent question. ChargeUp Europe is really focused on the infrastructure providers and managers of EV charging infrastructure. Some car companies have got stakes here, of course, including in my own company, both Daimler and BMW have a stake in ChargePoint. Volkswagen has got its own electric mobility service platform built up with Elli. There are many touchpoints between the auto industry and the charging infrastructure in the streets, just like there are with electricity retailers, oil and gas companies, some of which are joining ChargeUp Europe. We also worked closely with ACEA. But in terms of our core membership, we wouldn’t have a car company but see them as critical partners.

Then what drives you as an association?

We are very supportive of demands for more charging infrastructure, but we’re are looking at it more holistically. What drives us as an association are values that put the consumer first. When putting the consumer first, we need an open market model for infrastructure investments with a predictable framework and non-discriminatory rules that ensure infrastructure can be rolled out very quickly. We also want to focus on open standards and protocols as well as on pricing transparency.

Could you give a concrete example?

Could you explain briefly why you’re calling for regulation, not a directive? We believe a regulation must be enforced in member states, whereas directives are open to interpretation.

That is correct, and many actors are asking for regulation because of these issues with transposition. But we go actually one step further because we say AFID really is for alternative fuels, and we are a mainstream “fuel”. Therefore, we need a specific regulation that takes the specific case of electric vehicle charging infrastructure into account.

And how concrete do you envision this to be? ChargeUp mentions scale-up rates and the power use factor in the open letter to the EU Commission. Could you explain this a little bit more?

Absolutely. Of course, we also look at how many charging stations are needed, but we look at that much more in terms of a growth rate. If you look at last year, there were about 1.4 million electric vehicles sold, and we expect a growth rate of at least 40% – sustainable industries are mostly underestimated. We see a very dynamic picture that needs to be reflected in legislation. If you look at that kind of explosive growth, you also need to consider that regulation will take at least a year and a half, two years to become effective as legislation.

You are saying better be ready for any growth that may come?

If we want to ensure that tomorrow’s fueling system actually captures the sort of demands that we’re going to have as an industry and that users of that infrastructure will demand, yes, that makes sense.

There is also standardisation, ISO for Plug&Charge comes to mind and, of course, charging standards. Is ChargeUp Europe taking a position here?

When it comes to the interfaces between the charger and the vehicle, the industry must standardize. I’ll give you a European versus US example to show you how important standards are on public chargers.

In the EU, everybody carries around the cable in their vehicle. And the reason is that seven years ago when AFID was developed, you had different standards. You had Nissan with a Type 1 standard, and many European manufacturers were coming out with Type 2 standards, which by now is the standard. Then the regulator said, we cannot have cables on these stations because then we’re going to advantage one or the other, and we need to have universal access. But in the US, AC charging stations have cables on them, and it takes you 30 seconds to plug in your car and authenticate and start a charging session. 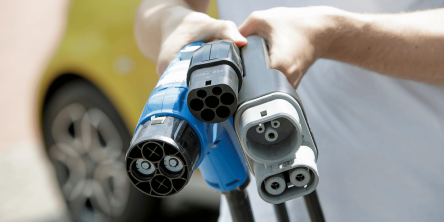 There is another problem across the EU. A recent EFAO study found only five of 32 countries have most of the charging infrastructure today. How would the new regulation address this imbalance?

Some countries have just been more ambitious in terms of the sort of incentives that have been put in place. These range from hard money as subsidies to fiscal incentives for electric vehicles to cities putting in place congestion charges or reducing access or fines.

But these are incentives for vehicles not charging infrastructure.

This sounds like the chicken and egg problem, which carmakers like seeing the other way around as they call for infrastructure funding.

Yes, of course, you need ambitious and smart targets when it comes to public charging infrastructure because the utilization won’t be there initially, especially for fast-charging stations. These do need financial support also when it comes to permitting to build out the sites.

You mentioned the different kinds of charging infrastructure – are you lobbying for a specific set-up, i.e. chargers should be fast or slow or stand in distances of x kilometres and so on?

We look at different fuelling environments and make deployment at home and in multi-family homes more attractive. We then look at the semi-public market, as the parking lots of employers or supermarkets, because a vehicle will charge there 90 per cent of the time.

And what about ultra-fast charging?

If you go all the way to high power charging on highways, that utilization is really focused on peak times and peak demand like the holiday season. There must be very different targets for these different market segments. Other questions depend on whether we are in a rural area or urban environment, so it becomes a much more nuanced picture than to say ‘we need five charges per vehicle, and at least one of them needs to be a fast charger’. It’s really about looking at traffic flows and utilization patterns and then overlaying an infrastructure over.

Listening to this approach bears the question if it is possible to standardize when so many factors need to be taken into account?

We want to be descriptive rather than prescriptive. We also talk about the attach rate in our industry, but we don’t need to define chargers’ attach rate to vehicles for a regulation to be effective. We need to ensure that there’s an understanding of what the fuelling environment looks like and what the user behaviour is like.

Is there a country that has been exemplary in a regulated roll-out of charging infrastructure?

Good question. Actually, a regulated roll-out of charging infrastructure requires regulation to be relaxed rather than tightened. The Netherlands is a pretty good example where you find charges in many homes and apartment buildings and many semi-public environments and monitored car parks with abundant fast-charging infrastructure. Again, the key is to reduce obstacles to the pre-deployment and prepare the places for a roll-out. Say, parking lots must be wired so that you can get build-up locations critical for charging infrastructure. Also, in the case of buildings, we need to ensure that you can get the capacity to site or that you’re allowed to manage the power of a billable. If saying ‘every building should have 20% charging spaces,’ regardless of how many cars are in the building, you get overbuilt that nobody uses.

Lastly, an outlook for our audiences in the UK – Does the British market play a role in the ChargeUp Europe plans?

The UK is a very attractive market for electric vehicles, so it still matters from an industry development perspective. From a legislative point of view, though, we’re obviously focused on the EU regulators. At the same time, we worked very closely with the UK’s policy bodies to ensure that we can align what we ask for, and ultimately the same truths are true in the UK market and the rest of Europe.

In Europe, we’re very focused on AFID and the energy performance of buildings directive and some of the standards initiatives that are happening around the industry.

Thank you for taking the time!

Thank you very much for your patience and good questions.

Christopher Burghardt spoke with Nora Manthey in a video call set between Amsterdam and London.