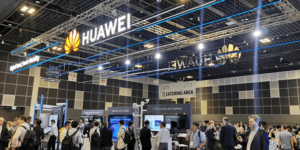 The rumour that Huawei is moving into the business of electric mobility has now been officially confirmed. As Huawei CEO Eric Xu told analysts, Huawei wants to invest one billion US dollars in researching technologies for automated electric cars.

For the equivalent of 840 million euros, the technology group wants to develop components for electric cars. For this purpose, the electronics giant wants to cooperate with three Chinese carmakers, BAIC, Changan and GAC. The vehicles will not be marketed as Huawei, but under the brand of the respective car manufacturer. Customers will be able to see with a “Huawei Inside” logo that Huawei technology is being used.

According to Bloomburg, one of Huawei’s three rotating CEOs, Eric Xu told analysts in Shenzhen on Monday that the Chinese telecom giant will initially partner with the three automakers to make self-driving cars that carry the Huawei name as a sub-brand. “The smart car business unit receives one of the heaviest investments from Huawei. We will invest more than $1 billion in car component development this year,” Xu told analysts.

Huawei is clearly confident when it comes to automated driving functions. CEO Eric Xu said that their company has already surpassed Tesla in some areas. “I don’t know if they were bragging, but my team said they can have cars driving on their own without human intervention for 1,000 kilometres,” Xu said. “That’s way better than Tesla.”

Huawei sees China as its primary sales market. “China adds 30 million cars each year and the number is growing,” says Xu. “Even if we don’t tap the market outside of China, if we can earn an average 10,000 yuan from each car sold in China, that’s already a very big business for Huawei.” 10,000 yuan is equivalent to 1,278 euros.

Huawei made it big with smartphones but is not entirely new to the car industry. Mercedes-Benz relies on some infotainment functions from Huawei in China, and Huawei is developing autonomous driving functions with the BAIC subsidiary, BluePark. The first model in this partnership, the Arcfox αS HBT, is to be presented at Auto Shanghai next week. Huawei also unveiled an electric motor for electric cars last year, which will be used for the first time in the Seres SF5.

In the case of the two Chinese companies, restrictions placed on their mobile phone technology in the USA during the Trump administration forced them to consider other areas of expansion. These restrictions to US markets have not been opened up by the Biden Administration. Huawei’s billionaire founder Ren Zhengfei took this opportunity to redirect the company’s expansion focus toward the burgeoning fields of smart agriculture, health care and electric cars. The Chinese company is aiming for a place at the table with tech giants vying to shape the fields of connected homes, workplaces and vehicles.

Correction: Originally this article reported that Huawei was aiming to manufacture and market these vehicles under its own logo, however, electrive has since received confirmation from Huawei Germany that this is not the case and was incorrectly reported in the source article.