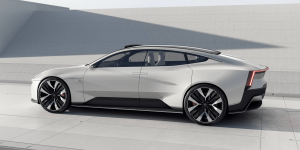 Polestar has raised US$550 million from a group of long-term financial investors. With this private placement of newly issued shares, the company says “for the first time, external financiers demonstrated their confidence in Volvo’s electric car brand”.

Polestar also says it is in ongoing discussions with global investors about a possible additional capital increase. The 550 million US dollars (equivalent to around 459 million euros) now raised come primarily from Chongqing Chengxing Equity Investment Fund Partnership, Zibo Financial Holding and Zibo Hightech Industrial Investment. They are joined by I Cube Capital, a branch of the South Korean conglomerate SK, and a number of other investors. The parties involved are not disclosing further details about the capital increase. The automaker’s attempts to attract outside investors date back as far as early 2019.

Polestar describes the new investments and the associated diversification of its financing structure as prerequisites for future growth. The funds ensured the expansion of available resources for product development and the accompanying acceleration of technological innovation with a view to launching several breakthrough vehicles over the next few years without giving definite dates or targets.

Since its inception three and a half years ago, Polestar has developed its own manufacturing facility in China, established global distribution and launched two vehicles, Polestar 1 and Polestar 2. Polestar CEO Thomas Ingenlath says, “Our new investors have recognised that Polestar offers an alluring combination of established industrial and technological capability alongside superlative growth potential as the global auto industry goes electric.”

Just this week, Polestar expanded the range of its all-electric hatchback Polestar 2 in Germany, where three powertrains are now available. In addition to the already available dual-motor drive with 300 kW output and a 78 kWh battery, there are now also two variants with front-wheel drive. The new variants can be ordered immediately, with the first deliveries of the front-wheel-drive models planned from September 2021 onwards.

Polestar is owned by Volvo Car AB and the Zhejiang Geely Holding Group, which is also the 100 per cent owner of Volvo Car. The company is based in Gothenburg, but all vehicles are built in China. With the Polestar 2 sedan, the manufacturer has developed a much-acclaimed electric car. Although there have been technical problems recently and already two recalls for the model, the brand is seen as having great potential.