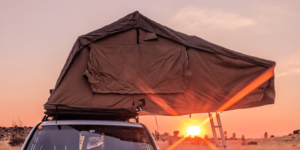 In a time when most governments are attempting to get more EVs on their roads, twenty-five organisations and businesses are banding together to fight the Australian Victoria state government’s proposed electric vehicle tax.

++ This article has been updated. You find the latest info below. ++

The reason for the tax is that the state government wants to make sure electric car users contribute to the cost of maintaining roads. As road maintenance fees are taken from fuel sales, EVs would largely not contribute.

However, instead of finding a way that EVs would contribute over a longer period, this policy almost seems designed to prevent customers from purchasing the already comparatively expensive electric vehicles.

In response, an open letter was sent to the Victorian Parliament, signed by 25 organisations, including Uber, Volkswagen and Environment Victoria, urging the MPs not to support the proposal.

Update 06 May 2021: The Victoria state government has reacted, however perhaps not as expected. The ruling Labor party just announced a $3,000 subsidy for electric vehicle purchases. It also aims for half of all new vehicles sales to be battery-electric or hydrogen by 2030.

The $100-million-package unveiled last weekend also includes a commitment to build charging infrastructure and add zero-emission vehicles in government and commercial fleets. Victoria will invest $10 million to add ZEVs to the state government fleet, starting with 400 vehicles in the next two years. A $5 million innovation fund will work to support the uptake of ZEVs in the commercial sector.

The plan for charging infrastructure will involve $19 million in funds to add at least 50 charging points to the existing network of 24 sites across Melbourne and regional Victoria.

The programme is already in effect and designed to help fund more than 20,000 all-electric vehicles and only those with a price of less than $69,000. So it does not apply to top range Tesla, Jaguar, Mercedes, Audi and Porsche EVs.

Interestingly enough, the above EV road tax remains standing with the government claiming the money was making the subsidy scheme possible.