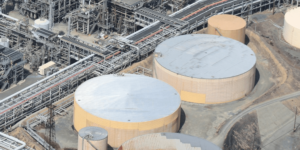 Despite Australian oil refineries struggling to keep up with cheaper production from neighboring countries, Australia’s government is announcing a $2.3 billion subsidy package to support the country’s oil refineries. The funding would subsidize the oil industry when profits fall too low.

Once again, the Morrison administration wants to prove how much they prefer ICE technology and has made bold moves to ensure drivers remain hooked on petrol vehicles for many years to come. Furthermore, an additional $302 million will be provided to refineries to fund equipment upgrades to enable the production of higher quality fuels. Apparently, Australian fuel suffers from a particularly high sulfur as well.

Somewhat ironically, prime minister Morrison went on to appeal to the health benefits: “Earlier investment in Australia’s ability to produce better quality fuels, including ultra-low sulfur levels, will also improve air quality and deliver an estimated $1 billion in lower health costs.” The statement even goes so far as to include e-mobility in the measure, however, it is unlikely the oil refineries will be producing much clean power: “The Government will work with both refineries on their plans to consider future fuel technologies and other development opportunities. This will include the refineries’ roles in the roll-out of future fuels, such as electric vehicle charging and hydrogen transport infrastructure.”