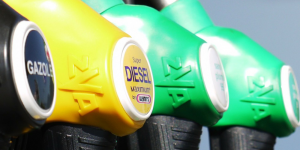 National bans on sales of cars with internal combustion engines may not be implementable under European law and would instead have to be introduced at the European level. This is at least the view of a legal opinion commissioned by the Climate Neutrality Foundation in Germany.

The national news show Tagesschau broke the story. Already prepared by ‘Stiftung Klimaneutralität’ in March, it received little attention at first. “According to our assessment, the introduction of a ‘combustion engine ban’ would be constitutionally permissible, but probably not implementable by a national regulation in conformity with European law. Therefore, a ban on internal combustion vehicles would have to be introduced at the European level,” Tagesschau quotes the experts.

Perhaps most remarkably, the Climate Neutrality Foundation is not a lobby organisation for the automotive industry. The head of the foundation, Rainer Baake, is a member of the Green Party and was Managing Director of Deutsche Umwelthilfe (German Environmental Aid). For many years, he served as state secretary in the Federal Ministry of Environment and the Federal Ministry of Economics. Baake is convinced that if individual EU countries such as Denmark or the Netherlands now wanted to set phase-out dates for the internal combustion engine, this would be “highly contestable”. Essentially, EU type approval does not allow this. “Of course, you can make political decisions. But a legal effect is only created by law. And this law would then end up before the ECJ in case of doubt,” Baake said on German television.

The story had received traction in Germany since the Green Party published its political vision ahead of the general election this September. It is the first time in the party’s history to run for chancellor, with candidate Annalena Baerbock appearing to stand a real chance to form a government. If they win, the Greens want to ban sales of fossil-fuelled vehicles by 2030.

At the same time, the legal issue is not a secret. Denmark and other European countries would like to launch an EU-wide regulation that would foreseeably phase out the internal combustion engine. Clearly, getting Auto nation Germany (finally) behind any such proposal would add extra traction.

Including reporting by Stefan Köller, Germany.