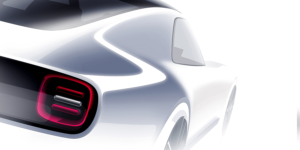 Rumours that Honda plans to launch a second all-electric model in 2022 have been given new fuel by a report from Japan. According to the report, prototypes have been seen driving in and out of Honda’s headquarters in Tokyo.

As the Japanese portal Car Sensor writes, the development of the series version of the Honda Sports EV Concept electric sports car presented at the end of 2017 is proceeding as planned. Production of the new Honda electric car could begin immediately after the discontinuation of the S660 combustion engine model in March 2022.

However, photos of the alleged prototypes are not included in the report. Further information on the technology is also sparse: Car Sensor assumes a length of 3.95 metres, a width of 1.75 metres and a height of 1.45 metres. This would make the electric two-seater six centimetres longer, three centimetres wider and six centimetres flatter than a Honda e, on whose platform the Sports EV is probably based.

The report does not contain any further details on the powertrain. The key data of the Honda e are likely to serve as a starting point, but it is possible that the Japanese will deviate from the four-seater small car when it comes to the drive of the sportier coupé. The Honda e has a 35.5 kWh battery that can be charged with 6.6 kW AC or up to 60 kW DC. It is driven by an electric motor on the rear axle, which has an output of between 100 and 113 kW, depending on the version. The range is between 210 and 222 kilometres.