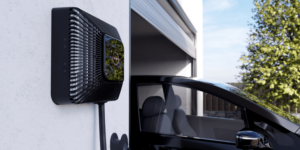 Spanish charging infrastructure provider Wallbox plans to merge with exchange shell Kensington Capital Partners for the purpose of going public. The joint company, valued at around $1.5 billion, is to be listed on the New York Stock Exchange under the ticker symbol WBX.

An agreement to that effect was reached between the two companies this week, and the merger itself (and thus Wallbox’s IPO) is expected to be completed in the third quarter of 2021. The next step is for Kensington’s shareholders to approve, but this is considered a mere formality. The transaction itself is expected to raise $330 million (271 million euros), which includes $100 million (82 million euros) in PIPE funding from Janus Henderson Investors, Luxor Capital, Cathay Innovation and Kensington Capital Partners.

In February, Wallbox closed a 33 million-euro funding round supported by new and existing investors. Investor Iberdrola also ordered 1,000 units of the Supernova for the expansion of its own fast-charging network. In April, Wallbox announced plans for a production plant in the USA. A location is still being sought for this.

“At Wallbox, we believe that ubiquitous access to affordable, efficient, and optimized EV charging is a critical part of the transition to electric vehicles,” said Enric Asunción, co-founder and CEO of Wallbox. “TThis transaction with Kensington will allow us to significantly increase our product development and manufacturing capacity as we expand sales globally to enhance the global transition to EVs.”

Kensington Capital Partners is an investment firm formed for the very purpose of merging with another company, hence the term “special-purchase acquisition company” (SPAC). With such a SPAC deal, the otherwise usual procedures of an own IPO can be accelerated enormously in the case of a merger, since the SPAC is already listed on the stock exchange. In the USA, a classic IPO can take up to two years.