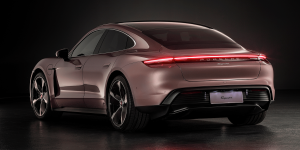 Porsche is planning a global recall for its Taycan electric model. US customers complained in isolated cases about what appeared to be a software-related shutdown of the drive while driving, triggering an investigation by the NHTSA.

In the US, nine vehicles from the 2020 and 2021 model years reportedly shut down without a warning or error message, and six vehicles could not be restarted. Porsche said the fault had occurred in 130 vehicles worldwide.

Worldwide, all vehicles built until June are affected, i.e. 43,000 Taycan and Taycan Cross Turismo sold, including 3,400 in Germany. The KBA has been informed. “Owners of the affected vehicles can continue to use them and will be contacted directly by their responsible Porsche partner,” Porsche wrote in a statement. The issue has already been turned off in the current series, it also said.

With the affected vehicles, there is a possibility that in certain cases a loss of drive power can be triggered erroneously and sporadically, according to the carmaker. If there is an error in the communication between the drive control unit and the pulse inverter, the software shuts down the drive to avoid a mis-control – possibly an unintended acceleration.

During the recall, new software will be installed to correct the bug. Since, according to media reports, the control units will also be recalibrated, Porsche does not want to carry out the update “over the air”, but in the workshop. The work is expected to take around an hour.

The Audi e-tron GT, which uses the Taycan’s J1 platform, is not said to be affected by the recall. Since the Audi came onto the market much later, it already has the more up-to-date software, which is now to be installed in the Taycan. No Audi customer has yet reported such a problem.

Speed kills – even with the smallest of vehicles

A thunderstorm brews over Lordstown Motors