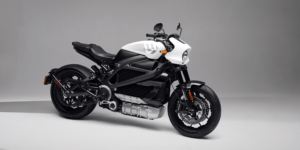 Harley-Davidson has presented the first product of its newly founded electric motorbike brand. The LiveWire One is essentially a relaunch of the already familiar LiveWire electric motorbike, but it will be offered at a significantly lower price.

This is true at least in the US, where the LiveWire One starts at a base list price of $21,999 – prices for the predecessor Harley-Davidson LiveWire started at just under $30,000 in the States. Factoring in the $2,500 US government tax credit, the acquisition cost of the LiveWire One comes to less than $20,000 in many cases.

Hardly any changes are visible in the known technical data. The city range is still given as 235 kilometres (146 miles in the original). Harley no longer gave the highway range, previously it was 129 kilometres or 80 miles at the equivalent of 112 km/h. Based on the city range, US portals like Electrek assume that the 15.5 kWh battery is still installed.

There are no current details on the engine; on the LiveWire presented in 2019, the electric drive system produced 78 kW and could thus accelerate the motorbike up to 177 km/h. New paint colours are mentioned as the main innovation compared to the original LiveWire.

The US market launch of the new LiveWire One is planned for this year, initially in California, New York and Texas, with other US regions to follow in autumn. Outside the USA, the LiveWire One will be available from 2022. In terms of distribution, the LiveWire brand is going its own way; the sales process is to take place primarily online.

In February 2021, Harley-Davidson announced in the course of its five-year strategy ‘Hardwire’ that it would establish its own division for electric motorbikes. In May, the previous model designation LiveWire was introduced as a brand subsidiary. Industry observers see not only the creation of a separate electric vehicle division, but also the new online ordering process and lower prices as an attempt to reach a younger target group for the manufacturer.

“Today’s LiveWire ONE builds on the DNA of Harley-Davidson but with the electric focus and ambition of the new LiveWire brand,” says Harley-Davidson CEO Jochen Zeitz. “Harley-Davidson and LiveWire will continue to rewrite the motorcycle rulebook and we are excited about this next chapter in our legacy.”