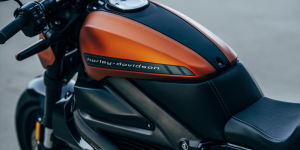 Harley-Davidson plans to set up its own division for electric motorbikes as part of their five-year plan ‘Hardwire’. The news puts an end to rumours in the USA that Harley might stop its electric projects in the course of its austerity programme.

Harley Davidson says that the new division’s focus will be on technology development and product and market launch activities. This means that the Livewire, which has been available since 2019, is now to be followed by several other electric models from Harley-Davidson.

CEO Jochen Zeitz says: “The creation of a separate division will allow full autonomy to EV development, freeing the business unit to behave with the same agility and speed as a tech startup while still leveraging the support, expertise and oversight of the broader organisation, allowing for cross-pollination with innovation in electric with combustion product development.”

This lays the rumours to rest that were circulating in US media that Harley-Davidson had ended its electric plans. On the US manufacturer’s website, some announced future models had been removed, the overview of upcoming motorbikes contained only one electric model. As it turns out, this was not a withdrawal from the electric business, as assumed by many in the media, but rather part of the preparations for the company’s own electric motorbike division.

The rumours were also driven by the austerity plan called ‘Rewire’ that the company implemented for several months. According to Zeitz’s plans, this should save up to 115 million dollars per year. Although the electric motorbikes were then considered candidates for cancellation in the US industry media, Harley-Davidson obviously sees them as an important future field.

In other electric plans, Harley Davidson recently spun off its electric bicycle division as a new startup, Serial 1 Cycle Company, that is to work alongside Harley Davidson, which is its major stakeholder. The first product line of the new company will be launched in spring 2021, also in Europe. The Serial 1 debut includes four city pedelecs aimed at city commuters and occasional cyclists.

Harley-Davidson has been working on other electric two-wheelers such as an e-scooter in addition to its LiveWire electric motorcycle for some time. Just last month sketches were revealed showing the planned electric Harley scooter in detail.

As far as combustion motorbikes are concerned, Harley wants to concentrate on its heavier models like the Touring, Large Cruiser and Trike segments. Before German-born Zeitz took over as head of the US-American manufacturer, Harley wanted to address new target groups with cheaper and lighter motorbikes. Now, while branching out with electric scooters and electric bicycles, as well as the LiveWire, Harley-Davidson wants to concentrate on heavier motorbikes with both fossil-fuelled and zero-emission powertrains.