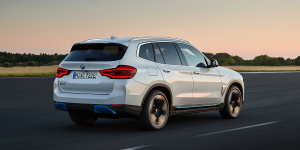 A sporadic software error is the reason for a recall of the BMW iX3. In the event of a serious accident, overvoltage could cause damage to control units and components of the 12 V electrical system.

What may seem like a minor peripheral problem in a “serious accident” can nevertheless be safety-relevant: If the overvoltage in the 12-volt network occurs, warning lights, vehicle lighting and the automatic emergency call can fail.

The Battery Management Unit is affected, a BMW spokeswoman explained to asp-Online. Around 5,400 vehicles worldwide from the production period July 2019 to May 2021 are affected, of which around 2,040 are in Germany, she said. The recall has been listed in the German Federal Motor Transport Authority (KBA) database since 31 May, but has so far gone unnoticed. There is one discrepancy: while the ASP writes of 5,400 vehicles affected worldwide, the KBA lists 16,278 vehicles. However, the production period from 2019 is also surprising, as BMW has officially only been building the iX3 in series since autumn 2020.

BMW now reports that around 520 vehicles were in customer hands at the start of the recall campaign, with the remaining vehicles being adjusted before delivery. The control unit is reprogrammed in the workshop (or before delivery), for which, according to the ASP, 40 minutes are estimated.