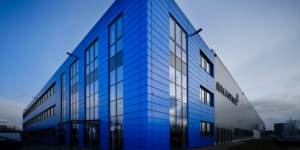 This is equivalent to about 697 million euros. The $822 million includes $282 million from cash held in trust by Tuscan and €540 million in PIPE proceeds from various investors, including “strategic partner Ohkosh Corporation, as well as funds and accounts managed by BlackRock, Koch Strategic Platforms and InterPrivate Investment Partners”, according to Microvast.

Since the merger with Tuscan, the former Microvast Inc. officially trades as Microvast Holdings Inc. and is listed on Nasdaq under the ticker symbols “MVST” (common stock) and “MVSTW” (warrant bonds).

“As a public company, we are poised to leverage our increased financial resources to develop and deploy our battery solutions in partnership with a suite of market-leading customers across the world,” said Yang Wu, founder, CEO and president of Microvast. “I want to thank the Microvast team for their commitment to our continued growth as we work to advance the mass adoption of commercial electric vehicles.”

This year, the company was able to land two important supply contracts in Europe: First, Microvast will supply French bus manufacturer Safra with three standardised battery products for the company’s electric and hybrid buses as well as for retrofitting the bus fleet. Secondly, Microvast is the battery supplier for a new commercial vehicle platform of the French special vehicle manufacturer Gaussin. As reported, the manufacturer wants to enter the truck market with the skateboard platform.