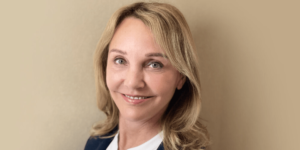 The Californian electric car start-up Canoo has appointed Josette Sheeran as President of the company. The former diplomat already serves on Canoo’s Board of Directors.

In her additional role as President, Sheeran will work with CEO Tony Aquila to build an experienced team around the world to increase market share and work with businesses and governments. At least that’s how the company puts it in the announcement.

“She brings vast experience in US and global negotiations, supply chains, financing and partnerships and, in joining us full-time, will help me to build out the company to become the global leader in mobility to bring EV’s to everyone,” says CEO Aquila.

Sheeran joined Canoo’s Board of Directors in December 2020 and has also served as Executive Chair of the McCain Institute for International Leadership since February 2021. Previous positions include Vice Chair of the World Economic Forum, UN Special Envoy to Haiti, Executive Director of the United Nations World Food Programme, and US Under-Secretary of Commerce, Energy and Agriculture under President George W. Bush – just a few of the positions on an eventful CV.

“Tony has globally deployed game-changing technology before, and I am excited to help him do this here at Canoo,” Sheeran said. “Creating thousands of jobs for the benefit of America and a more sustainable future is just the beginning. I’m eager to further contribute to advancing Canoo’s breakthrough solutions.”

The personnel appointment marks a rapid transformation at Canoo: Aquila himself has only been at Canoo since October 2020. At that time, he was appointed as Executive Chairman to prepare for the IPO. The executive chairman is the chairman of the supervisory body (comparable to the German supervisory board), but as “executive chair” he also assumes a management function over the company’s business that is independent of the CEO.

Subsequently, however, Aquila took over more and more of the operational management of the company. At the end of April 2021, another co-founder, CEO Ulrich Kranz, left the company, which was founded as Evelozcity. In the course of this, Aquila took over the CEO position.

However, the American had already realigned the strategy beforehand: Instead of offering the platform developed in-house to other companies (a deal with Hyundai-Kia has probably fallen through) and offering its own vehicles on a subscription basis, Aquila wants to transform itself from a service provider into a manufacturer of truck-like vehicles for commercial fleets.