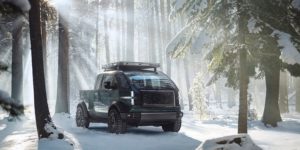 Canoo’s deal with Hyundai-Kia announced last year appears to have fallen flat. New Canoo chairman Tony Aquila broke the news last Monday during an “icy investor call,” as The Verge reports. The collapse is set against a backdrop of a strategy change at Canoo.

The Californian start-up seems to want to keep their skateboard platform to themselves and sell vehicles to fleet operators rather than selling the EV technology to third parties. That is the positive reading from the company’s first investors call that saw the CEO missing from the briefing and a CFO having resigned – the second major departure in recent weeks following Canoo losing its head of corporate strategy, according to The Verge. What’s more, between the lines, it sounded as if there were disagreements with the Korean group about Canoo’s intellectual property.

“These are significant surprises on the call today, and that’s not ideal,” The Verge quotes Roth Capital analyst Craig Irwin saying at one point on the call.

Canoo had announced the deal with Hyundai in February 2020, and it was supposed to result in both the Hyundai and Kia brands building vehicles on Canoo’s electric vehicle platform. Canoo, only two years old at the time, called it a “key partnership” with the industry considering it a major sign of trust in the company’s tech. Albert Biermann, Head of Research & Development, Hyundai Motor Group, said at the time, the company would collaborate with Canoo engineers to develop “a cost-effective Hyundai platform concept that is autonomous ready and suitable for mass adoption.”


Hyundai has yet to comment on today’s news. Canoo did not respond beyond the initial statements by the new chairman Aquila.

The chairman did add in the call that the startup’s board of directors decided to “de-emphasize” its “engineering services” – the part of Canoo’s business that was supposed to see it provide technology to bigger companies that wanted to enter the electric vehicle space. The executive also said “I think it was a little premature,” when asked about partnerships directly.

The California-based startup appears to have also taken a step back from the original plan to sell its 2019 unveiled electric minibus via a subscription model. After that, Canoo had unveiled two other EV concepts in the form of a multi-purpose delivery vehicle and a pickup truck which they now seem to want to sell directly. “We have so much demand for our three [vehicles], let’s get all that work done, and then let’s, you know, look at if there [are] partnerships,” Aquila said according to The Verge.

The company has seen a lot of change recently. Canoo’s previous Chief Financial Officer Paul Balciunas will be succeeded by Renato Giger on an interim basis. Canoo cofounder Ulrich Kranz appears to still be CEO after his partner Stefan Krause had left the company already although his contract is allegedly under revision.

The Californian eMobility start-up Canoo (formerly Evelozcity) announced its IPO in August 2020. The company has entered into a definitive agreement with the investment firm Hennessy Capital Acquisition to merge for the purpose of an IPO. The SPAC deal was completed last year.

My EV ruined my weekend