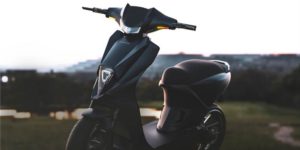 Indian EV start-up Simple Energy, which is set to launch its electric scooter ‘Simple One’ on August 15, announced plans to build a production plant in Hosur, Tamil Nadu. The first phase will encompass around 200,000 square feet and will have a production capacity of up to million units per year.

Simple Energy will invest around Rs 350 crore (around £34 million) over 2 years and says the plant will create 1,000 jobs, focused around building the Simple One. The electric scooter will have a 4.8 kWh lithium-ion battery, a claimed range of 240km in eco mode, top speed of 100 km/h, and 0-50 km/h acceleration in 3.6 seconds. Other key features include a mid-drive motor along with a removable battery and futuristic design. It will also come with features like a touchscreen, on-board navigation and Bluetooth, among others. While the exact pricing has not yet been announced, the electric scooter is expected to be in the range of Rs 110,000 (around £1.065) to Rs 120,000 (£1.162).

“We have been receiving a lot of requests from many cities across India to book the vehicle. The company felt the need to address these requests and kickstart the phase 1 plan,” said Suhas Rajkumar, founder and CEO of Simple Energy, adding: “We are also commencing the pre-bookings from all-India from the launch day. The future is certainly cleaner and greener for Simple Energy.”