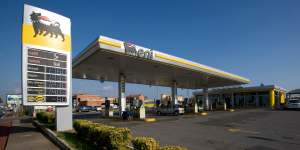 The acquisition has been made through Eni’s gas and power division (Eni gas e luce) and is supposed to be another building block in making the petroleum group’s operations carbon-neutral by 2050. But first and foremost, Eni is of course aiming for a lucrative business with the takeover: the company says it plans to become the main operator of charging stations on public land, on private land with public access and at Eni service stations in Italy and abroad. Eni has not revealed further details of the buyout such as the acquisition sum paid.

Be Power – founded in 2018 – owns the charging infrastructures installed on public and private properties under the Be Charge brand and holds the relevant concessions. In addition to the nearly 5,200 charging points mentioned at the beginning, the company says it has another 4,160 charging points under construction. The company also manages its charging stations and those of partners via a proprietary technology platform and offers charging services to drivers of electric vehicles via an app.

With the acquisition of Be Power, Eni takes a leadership position in a market at the heart of the European Union’s energy transition strategy”, said Eni’s CEO Claudio Descalzi of the transaction. He added that the charging infrastructure and charging services business strengthened Eni gas e luce’s portfolio. The division currently has ten million customers in six European countries.

Eni is a partner of Ionity, among others. In 2018, both sides signed a framework agreement to install HPC charging stations from Ionity at Eni service stations. At the time, 30 HPC sites were planned, each with six fast chargers in Italy.