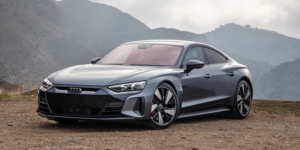 Due to faulty software that could result in a drive failure, Audi is recalling 1,728 examples of the e-tron GT from the production period from 20 November 2020 to 20 April 2021.

The EVs are to go to workshops worldwide, 548 of these are in Germany. The problem is not new, Porsche launched a recall campaign for the Taycan in July.

The actual problem is that some of the vehicles stopped running in the middle of a drive. So far, only 9 drivers were affected by the issue, but this is enough to reexamine the software. The deceleration is quite rapid as well, as an Audi spokesperson added that it only takes about 90 seconds to come to a complete standstill from going 140-150 on the highway.
auto-motor-und-sport.de (in German)

Autopilot safety investigation in the USA

I am a Tesla Bot, what can I do for you?