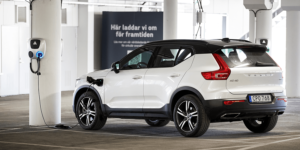 In Sweden, the budget for government subsidies for new electric cars and plug-in hybrids is almost exhausted for this year. The situation is similar in the Netherlands, where only subsidies for used electric cars are affected. This has prompted a subsidy freeze that is now in effect in both countries.

In principle, everyone who buys a new car with CO2 emissions of less than 60 g/km is entitled to the climate bonus in Sweden. While BEVs trigger the maximum rate, the subsidy for plug-in hybrids is up to 45,000 kronor (around 4,400 euros).

Sweden’s 2021 budget for electric car subsidies was almost three billion kronor, the equivalent of just under 300 million euros, and has been exhausted by the flood of applications this month. In 2020, there were still subsidies until October before the subsidy pot had to be replenished – and this despite the fact that last year’s budget was only 1.8 billion kroner.

“We have no information at present about new budget decisions, but when we receive new grants, we will resume work on paying out climate bonuses. Those who have already submitted an application remain in the queue,” says Mats Einarsson from the Swedish Transport Agency.

Meanwhile, in the Netherlands, the budget for subsidies for used electric cars has been exhausted. The programme will be paused until 1 January 2022. The 13.5 million euros budgeted for 2021 went to 6,750 applicants, who each received 2,000 euros to buy a used electric car. In 2022, the funding is to be revived. Then with a budget of 18.3 million euros. The programme has already existed since 2020. In the first year of the start of the funding, the available funds were not exhausted.