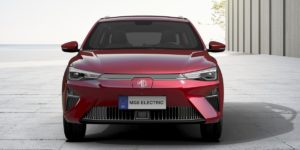 People in Singapore may now book an electric cab as local taxi company Strides Taxis takes delivery of 15 electric cars. The China-made MG 5 vehicles are the first of a total of 300 models to arrive in the city-state by the end of the year.

Strides Taxis and distributor Eurokar had scored a $30 million deal to buy the MG 5 electric vehicles. MG, originally a British company, is now owned by China’s Geely. SMRT’s taxi arm, now called Strides Taxi, operates the third-largest cab fleet in Singapore with around 1,780 vehicles, all of which are hybrids, but Temasek-owned SMRT plans to electrify its fleet by 2026 fully.

For this, it needs drivers to opt for these greener cabs. Therefore, SMRT said it is working with the SP Group and Shell to provide discounts on charging.

Early adopters of the MG5 cabs will get a free rental and unlimited charging for the first 30 days. The company claims there are 140 public fast chargers at 80 locations islandwide and that drivers can expect to save about $300 a month in energy costs compared with driving hybrid cabs.

It takes 40 minutes to charge an MG5 taxi to 80 per cent capacity, SMRT claims.

The Straits Times quotes Senior Minister of State for Transport Amy Khor, saying cabbies driving electric taxis may have to make adjustments when it comes to charging their vehicles, vehicle maintenance, as well as driving habits.

At the same time, Singapore in February this year doubled its claim on installing charging infrastructure. The government currently aims to install 60,000 charge points by 2030 and also increased its EV incentive programs.

She added: “I am glad that Strides Taxi has rolled out a package of measures to support these taxi drivers as they make this transition… I want to encourage the other taxi and PHC (private-hire car) operators to also join in this push to go green and be more environmentally friendly and to electrify their fleets.”

This is not just a plea. In March, the government also announced it would not allow diesel-powered cars and taxis to be registered from 2025 onwards, five years ahead than previously scheduled.

Taxi operators SMRT have reacted, and so has the Hyundai Motor Group, which includes Kia. It announced expanding a partnership with ride-hailing service Grab in Southeast Asia in June, now piloting new EV business models such as battery-as-a-service model leasing model, to facilitate the switch for Grab drivers as reported.

In general, the government aims to phase out ICE vehicles by 2040. However, the country already started purchasing low-emission buses only last year as reported. On a showcasing note, Singapore will become one of the first Volocopter hubs, flying cabs from Germany due to launch within the next three years.