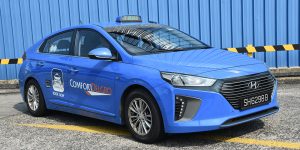 Singapore will not allow diesel-powered cars and taxis to be registered from 2025 onwards, five years ahead than previously scheduled.

The new regulations will primarily affect taxis, of which currently 41.5 per cent run on diesel. About 2.9% of passenger cars in Singapore run on diesel, according to Land Transport Authority figures. Singapore also plans to install 60,000 EV charging stations by 2030.

Most goods vehicles and buses in the city-state also run on diesel and will not be affected by the new regulations. A year ago, Singapore announced that it will only acquire buses that are hybrid and electric-powered. Singapore’s senior minister of state for transport Janil Puthucheary said that a further 60 fully electric buses were purchased last year for progressive deployment.

According to the Singapore transport authority, a new government body is being established to spearhead electric vehicle-related policy. Consultations for private sector participation should be held later this month.

Canada invests in e-buses and infrastructure