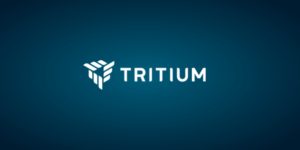 Tritium announced an AUD40Mn (about $30Mn) private placement by Cigna Investments. Tritium intends to use the proceeds to continue scaling its global operations during its ongoing merger with Decarbonization Plus Acquisition Corporation II.

Australia’s prime DC charging equipment manufacturer had announced the SPAC deal in our newsletter in May. The companies aim to list on Nasdaq under the new ticker symbol “DCFC” while trading as Tritium. Tritium was valued at $1.2Bn (AUD 1.55Bn) in connection with the transaction.

This may have helped the current placement by Cigna Investments, although it is the second time the US-based health company has shown support for Tritium. “Cigna has again recognised the value of Tritium’s technology and market leadership in this rapidly expanding industry,” said David Toomey, Tritium’s Chief Revenue Officer and Head of Corporate Development.

Tritium CEO Jane Hunter said, “With this investment, we intend to scale our teams and operations to meet current demand and prepare for our next phase of growth.”

Adding to this the projected capital increase through the SPAC deal of over a billion dollars, Tritium, in concrete terms, wants to grow operations to three full-scale manufacturing facilities, with investment in a new production facility in Europe, expansion of its Los Angeles site, and further development of the Brisbane facilities.

Tritium that turns twenty this year also emphasises its activities in mature EV markets, such as Norway and California. In Europe, the company is an equipment supplier to the high power charging network Ionity and partner to Renault’s Elexent charging division. Tritium says it deployed more than 4,500 charging stations providing more than 2.7 million ultra-rapid charging sessions across 41 countries and four continents to date.