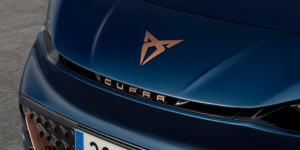 Cupra aims to become a fully electric brand by 2030 – Seat will then continue to offer internal combustion engines and hybrids. In the meantime, Cupra has started production of its first fully electric Born model at the German plant in Zwickau.

At the IAA Mobility, the Seat brand announced its intention to take “the next step in electrification” by 2030. While Cupra is to become a pure electric vehicle brand, Seat will map the other powertrains.

Speaking at the opening of the Cupra City Garage in Munich and the unveiling of the Cupra UrbanRebel electric small car concept, Wayne Griffiths, who heads both Seat and Cupra, said of the concept: “This vehicle will be a Cupra because this is the brand that is currently focused on electrification. Seat, meanwhile, will continue to focus on hybrid vehicles and highly efficient internal combustion engines.”

It is “our ambition” to make Cupra a fully electric brand by 20230, Griffiths said. While “all-electric” can basically mean both battery-electric and fuel cell-electric, in the case of VW’s Cupra brand it’s clear that it’s all about the battery – the VW Group under Herbert Diess is not currently pushing ahead with any hydrogen projects.

As is well known, the first purely electric Cupra alongside various PHEVs on Volkswagen’s MQB platform will be the Born. Production is already underway at Volkswagen’s MEB plant in Zwickau, and deliveries are scheduled to start in November. “The CUPRA Born will also be the impulse of the company’s transformation and the start of CUPRA’s electric product offensive,” says Griffiths. “With this car, we aim to increase the CUPRA mix to 20% of SEAT S.A. overall sales. The CUPRA Born will be in the market from November and its launch will kick off a new distribution strategy for a different customer relationship.” Like Volkswagen’s MEB models, the Born will be sold in the agency model.

The Born is to be followed by the Cupra Tavascan in 2024, and then the production version of the UrbanRebel Concept in 2025. According to the Cupra CEO, the e-small car in particular is “one of the strategic pillars of the company” – after all, the electric small car is to be produced together with the series version of the ID. Life will be built at the Martorell plant in Spain. From 2025, more than 500,000 electric cars per year are to be produced there for various Group brands.

The Tavascan is an electric SUV. Cupra had shown a corresponding concept car at the IAA 2019 in Frankfurt, the dynamic crossover is based on the MEB. In October 2020, it was announced that Cupra is working on a production version of the Tavascan.

At the IAA Mobility 2021 in Munich, Cupra presented another study with the name Tavascan, but this time the Tavascan Extreme E. This one is visually based on Abt-Cupra’s Odyssey 21 Extreme E racing car, but has been further developed, especially at the front and rear – and thus, according to the announcement by the Spanish company, should offer “hints of the design language of the future Cupra Tavascan production model”. However, the new concept goes in a completely different direction than the 2019 crossover.