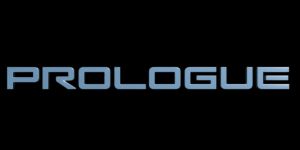 Honda has announced the first concrete sales targets for its battery electric vehicles in North America. For example, the Prologue – the first all-electric model for North America – is initially expected to achieve annual sales of 70,000 units. The debut electric vehicle is scheduled for introduction in 2024.

Following the launch of the Prologue, Honda plans to launch additional models based on the e:Architecture electric platform currently under development. By 2030, Honda’s BEV sales in North America are expected to reach 500,000 vehicles. And by 2040, Honda aims to sell 100 per cent zero-emission vehicles in this sales region.

In its latest announcement, Honda specifies that the Prologue will initially be sold in the USA via a regional sales approach. Initially, the carmaker will concentrate on California and the ZEV states. The latter are the states that have adopted California’s “Zero Emission Vehicles” programme, which sets certain sales targets for zero-emission vehicles. Specifically, these are Colorado, Connecticut, Maine, Maryland, Massachusetts, New Jersey, New York, Oregon, Rhode Island, Vermont and Washington.

Honda will initially add the “BEV-friendly” states of Texas and Florida. In all the aforementioned states, the majority of Prologue sales will initially be boosted “due to higher customer acceptance and regulatory requirements”. However, the Japanese assure that they will quickly expand their sales and marketing efforts to other regions of the country once customer interest increases nationwide.

“The introduction of our first production BEV in 2024 is the beginning of an exciting new direction for Honda,” expresses Dave Gardner, Executive Vice President of National Operations at American Honda Motor. “We are working with our dealers to plan for the transition from selling primarily gasoline-powered vehicles to selling 100 per cent electric vehicles by 2040.”

Honda had announced a sharper global e-course in April. According to the statement, the Japanese company plans to increase the share of battery-electric and fuel-cell cars in their sales in North America and China to 40 per cent by 2030, 80 per cent by 2035 and 100 per cent globally by 2040. Honda did not specify any concrete targets for Europe in April.

In North America, Honda is relying on an alliance with General Motors and its Ultium platform to electrify its model range, as well as on a completely new electric platform of its own called e:Architecture. Initially, two Ultium vehicles – the Honda-branded Prologue and another BEV under the Acura banner – are to be launched, before e:Architecture takes over in the second half of the decade.

The Honda Prologue could reportedly be produced at Ramos Arizpe in Mexico from 2023 and the Acura electric car at Spring Hill in the US state of Tennessee from 2024. Part of the deal between the American and Japanese groups is that GM will build the jointly developed models for the Japanese. The agreement in principle to jointly develop two BEV models already dates back to April 2020.