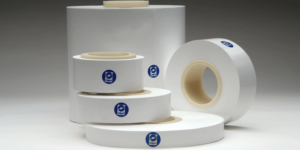 The Japanese chemical company Asahi Kasei is establishing a joint venture with the Chinese company Semcorp through its subsidiary Polypore International to produce dry process separators. Production is scheduled to start in 2022.

Based on a licence from Polypore subsidiary Celgard for dry process battery separators, the joint venture plans to manufacture and sell high-quality separator films for lithium-ion batteries in China for use in electric vehicles, among other applications. The partners are initially aiming for a capacity of 100 million square metres per year, which is to be successively increased to one billion square metres per year by around 2028.

The joint venture is called Jiangxi Enpo New Materials and will be based in Gaoan City in the Chinese province of Jiangxi. Semcorp holds 51 per cent of the shares, while Polypore has 49 per cent. The duo will initially endow the joint venture with the equivalent of 11 million euros, with a gradual increase to around 60 million euros planned.

Asahi Kasei had already announced an investment of the equivalent of 238 million euros to expand its production of lithium-ion battery separators in spring 2019. At that time, the group formulated the goal of increasing its production volume by 450 million to 1.55 billion square metres per year by the middle of 2021 and already targeting an output of three billion square metres for 2025. At that time, however, both wet and dry process separators were included in the calculations.