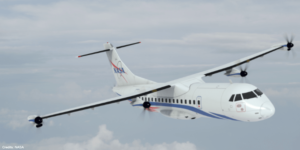 NASA has selected two US companies to support its Electric Powertrain Flight Demonstration (EPFD). It is about the development of electric aircraft engines in the megawatt class. The contracts will go to GE Aviation and MagniX.

With the EPFD programme, NASA wants to develop electric propulsion technologies that could be used in US passenger aircraft for short-haul and regional flights by 2035 at the latest. To this end, the US federal agency is now bringing on board GE Aviation from Cincinnati and MagniX from Redmond, companies that specialise in this field. The duo has been given the task of “rapidly bringing electric aircraft propulsion technologies to maturity”.

Specifically, over the next five years, both companies are to complete ground and flight demonstrations on behalf of NASA and work in cooperation with other NASA projects on development, flight test instrumentation and data analysis. Basically, the deal is for the development of megawatt-scale e-propulsion systems, and the two selected companies have contractually agreed to perform at least two flight demonstrations. GE Aviation will receive $179 million under the deal, while MagniX will receive $74.3 million.

Robert Pearce, deputy administrator of the Aeronautics Research Mission Directorate at NASA headquarters in Washington adds that it is expected “that significant improvements in the economic and environmental performance of subsonic transports can be achieved by incorporating these novel alternative propulsion and power technologies into the fleet.”

The EPFD project is part of NASA’s Integrated Aviation Systems Program (IASP), which pushes flight-oriented research and technology development at the systems level to develop and transition new aviation technologies into future aircraft and operational systems.

US company MagniX has long made a name for itself with electric propulsion systems for aircraft. As recently as June, the company introduced two flight-optimised electric propulsion units. These are the two drives magni350 and magni650 with an output of 350 kW and 650 kW respectively.

GE Aviation is a subsidiary of General Electric and a major player in US engine production. Until September 2005, the company operated under the name General Electric Aircraft Engines (GEAE).