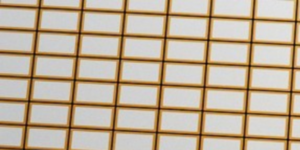 Wolfspeed had already been the company’s trademark for silicon carbide components for six years – since the other business units have been sold off in the meantime, the trademark will now become the company name. The ticker symbol on the New York Stock Exchange (NYSE) has also been changed to “WOLF”.

A few years ago, the German semiconductor manufacturer Infineon wanted to take over Wolfspeed from Cree, but failed due to the veto of the US authorities. In the following years, Cree/Wolfspeed entered into numerous cooperations with automotive suppliers, such as ZF and Delphi. A partnership was also signed with ABB in 2019.

Meanwhile, Wolfspeed CEO Gregg Lowe speaks of a “pure global semiconductor powerhouse”. “Silicon carbide will shape the next generation of power semiconductors, with superior performance that will enable entirely new possibilities and improve our lives,” Lowe said. “As a pioneer of this technology, we are incredibly excited about what lies ahead.”

On the day of the rebrand, Wolfspeed also announced a major deal: GM and Wolfspeed have entered into a strategic supply agreement. The US carmaker will use Wolfspeed’s silicon carbide components in the integrated power electronics of its Ultium Drive units – for both 400 and 800 volts. GM understands this term to mean a drive system consisting of five drive units and three motors that can be used to flexibly design future electric models.

“Our agreement with Wolfspeed represents another step forward in our transition to an all-electric future,” said Shilpan Amin, GM vice president, global purchasing and supply chain. “Customers of EVs are looking for greater range, and we see silicon carbide as an essential material in the design of our power electronics to meet customer demand. Working with Wolfspeed will help ensure we can deliver on our vision of an all-electric future.”

Wolfspeed will manufacture the SiC semiconductors for GM at its Mohawk Valley Fab in New York State, which is scheduled to come on stream in early 2022. It will be able to produce 200mm wafers there. The Mowhawk Valley Fab is to become one of the world’s largest production facilities for silicon carbide semiconductors, according to Wolfspeed.