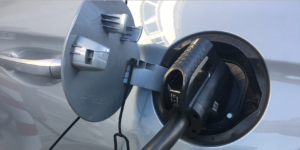 Malta has increased the EV grants for the purchase of electric vehicles increased to 12,000 euros for 2022. A total of 1,200 new charging points are also to be installed over the next three years.

The Finance Minister of the small European island, Clyde Caruana, announced the new measure that increased the maximum grant to 12,000 euros. This is for drivers who buy a new electric vehicle and scrap a combustion engine car that is at least 10 years old and marks an increase of  3,000 euros compared to the previous grant levels.

For buyers who do not have an old ICE vehicle to trade in, the new grant amount for the purchase of a new electric or plug-in hybrid vehicle was raised to 11,000 euros. A five-year exemption was also placed on the payment of license fees for electric vehicles, while electric vehicles will also be exempt from the registration tax.

In addition to the electric vehicle grant, an additional amount will be provided for minibuses, coaches and trucks that install photovoltaic panels with a maximum grant of 900 euros.

Prime Minister Robert Abela has said Malta will become a leader in decarbonisation – already the number of electric vehicles in the national fleet has increased from 36 in 2013 to over 4,000 by July 2021. Malta was one of nine European countries that called for the EU to phase out combustion engines. This is a marked turnaround from 2018 when the European Commission decided to file a lawsuit against Malta and Romania at the EU’s Court of Justice for failing to hand in a national strategy for rolling out infrastructure for electric and alternative fuel vehicles.

A ban on the import of internal combustion vehicles is indeed under discussion in Malta, has not yet been made. It is looking like the date for the ban on new combustion engines may soon be set for 2025, but the decision to do this is apparently still in progress.