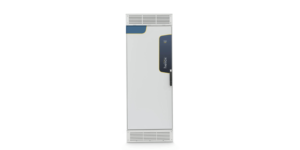 When announcing the new charging system, the Dutch manufacturer primarily referred to a market in transformation. “From 2025, at least 30 cities must have established a zero-emission zone as per their commitment to the Paris Climate Accord of 2015,” Heliox points out. The Flex Charge system would then allow fleet operators to expand charging infrastructure to match their fleet.

Startup and capital costs are the biggest challenge for electric vehicle adoption,” said Michael Coljin, CEO of Heliox Group. “For both environmental and economic reasons, the decision to electrify a fleet or switch to an electric vehicle is now clearer than ever. Total cost of ownership is competitive with diesel, with EV expected to be nearly a dollar a mile cheaper by 2030,” he added.

Heliox provided more data in the spec sheet. The Flex is available in 180 and 360 kW variants. The nominal DC output of 180 kW allows vehicles to be charged either one after the other in sequential charging mode at 180 kW – or three vehicles in parallel at 60 kW each. The output voltage is between 200 and 1,000 volts, and the rated output current is 3×80 amps. Depending on the application, the Flex can then be combined with CCS-1, CCS-2 or automated Panto-Up or Panto-Down solutions.

The system weighs around 600 kilograms, and Heliox claims an operating noise level of 60 dB(A). The Flex charging points are equipped with both a LAN port and a 4G modem for connectivity. OCPP 1.6J and 2.0 are supported.

Speaking of connectivity, in another announcement we received via email, Heliox said it would also integrate its latest chargers with The Mobility House’s ChargePilot charging and energy management solution. Using the TMH system, charging points from different manufacturers can be controlled in an optimized way, reducing energy costs for users.