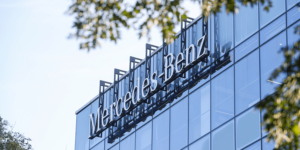 Daimler has put its new ‘R&D Tech Center China’ into operation in Beijing. The research and development centre is to combine development and testing capacities under one roof and is intended to accelerate the localisation of new models, including electric cars.

The carmaker says it has invested 1.1 billion yuan, the equivalent of about 145 million euros, in the development centre. Around 1,000 engineers will be employed at the new site, according to Daimler. An intelligent building concept should make it possible to work on further technologies and expand capacities in the context of future investments.

Among other things, the test building will house an eDrive Lab for testing next-generation electric vehicles under realistic conditions and a laboratory for charging technology. The new test building should be able to accommodate more than 300 test vehicles at the same time – but in all areas. In addition to the e-drive and charging labs, there are facilities for the chassis, NVH (Noise, Vibration, Harshness), VOC (Volatile Organic Compounds) and an environmental lab.

The eDrive Lab is equipped with two test chambers that can simulate a temperature range from -30 to +50 degrees Celsius. Electric vehicles, various components or real battery packs can be tested on the two all-wheel-drive test benches. By adjusting the roller force and using Big Data, the intelligent test bench can simulate real driving conditions such as air resistance or different topographies. According to Daimler, this will allow next-generation electric vehicles to be comprehensively tested at an early stage, under extreme conditions and all year round.

The chassis laboratory is also to work with a focus on electric drives – for example, to compensate for the forces and stresses caused by the additional weight of the battery or increased driving performance.

“Mercedes Benz will go from ‘electric first’ to ‘electric only’. This requires accelerating our R&D efforts, additional investments into battery electric vehicles, and advancing our EV portfolio plan,” says Daimler Board Member for Development Markus Schäfer. “When it comes to digitization, artificial intelligence, autonomous driving, cutting-edge computing, our R&D team in China plays an increasingly important role for us. This goes for technology development, but also for technology sourcing, especially with regard to New Energy Vehicles (NEVs).”