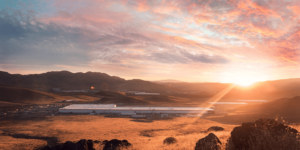 The US state of Nevada has now become the sixteenth state in the nation to adopt clean car standards. The regulations will be implemented for the model year 2025. The legislation will also develop $100 million in charging infrastructure during the next three years.

Nevada Governor Steve Sisolak celebrated the State Legislative Commission’s passage of Clean Cars Nevada, stating that it will provide Nevadans with more choices for electric and plug-in hybrid passenger cars and trucks beginning in 2024. At the same time, the governor goes to some lengths to reassure citizens that their combustion vehicles will not be taken away. This likely means that the new legislation will not function as an outright ICE ban for customers, only that electric and hybrid options must also be presented.

“Clean Cars Nevada is a huge victory for the Silver State,” said Governor Sisolak. “Transportation is the number one source of greenhouse gas emissions in Nevada and drives disproportionate pollution burdens for historically underserved communities. As Nevada continues to grapple with the many impacts of climate change – including record-breaking heatwaves, drought, and massive wildfires across the West – advancing climate-forward policies and programs that reduce greenhouse gas emissions and improve air quality are more critical than ever to ensure a healthy, sustainable future for Nevada.”