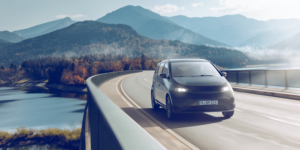 Although Sono Motors already announced in 2019 that it would have its Sion solar electric car produced by National Electric Vehicle Sweden (NEVS) at the Swedish site in Trollhättan, there is apparently no binding production agreement to date. We asked the Munich-based company about this.

The lack of a final contract was discussed by NEVS CEO Stefan Tilk with the Swedish daily newspaper Dagens Nyheter. “We don’t have any production agreements. First they have to do their IPO and raise money. Then we can start talking,” Tilk is quoted as saying in the report. According to the report, Tilk adds that the production start of the Sion always mentioned for 2023 “would work”. But it would be an additional service, an additional income, “which would have to be worthwhile for us in this case. We don’t stand or fall with that.” To date, he says, his company has helped Sono Motors finish designing some parts of the Sion and prepared parts of the factory in Trollhättan for production of the electric car.

NEVS is directly affected as subsidiary by the financial and related existential worries of the heavily indebted Chinese real estate group Evergrande. The company recently had to lay off 300 employees. NEVS is currently looking for a new owner. Sono Motors told electrive in August that the production of the Sion was “not affected” by the restructuring at NEVS. “The preparations of the production facilities for the pre-series production in 2022 and the Sion series production in the first half of 2023 are already running according to plan,” a spokesperson for the company said at the time.

In response to a request for comment on NEVS CEO Tilk’s recent statements, Sono provides an update on the current collaboration. Sono refers to the contract manufacturer as a production partner, but does not say whether there is a contractually fixed production agreement. Sono Motors stated that “NEVS has been a production partner of Sono Motors since 2019 and we have been in close exchange ever since, as we are currently. The production of the Sion is currently not affected by the restructuring and the preparations of the production facilities for the pre-series production in 2022 and the Sion series production in the first half of 2023 are already running according to plan.”

NEVS had already adapted to the current developments and when adjusting the number of employees, the capacities necessary for Sono Motors had not been affected so far. “In NEVS, we have found a production partner who shares our vision of future-oriented and climate-friendly mobility. The production conditions at the former plant of the cult brand Saab are optimal for us: the appropriate production capacities, an experienced team and production using electricity from 100 per cent renewable energy sources,” says a statement from the company’s Munich headquarters. Finally, a spokesperson for the company emphasises that a team from Sono Motors had only been in Trollhättan for tests in mid-October.

The Munich-based company already made a lot of details about the planned production public when it announced the award of the contract for the production of the Sion to NEVS in 2019. It said that 260,000 vehicles would initially roll off the production line at the contract manufacturer’s former Saab plant over a period of eight years – after the ramp-up phase, specifically, around 43,000 Sion annually in two-shift operation. “With NEVS, we have found the ideal partner for us,” Thomas Hausch, Chief Operating Officer of Sono Motors, said at the time.

Sono Motors, for its part, is busy preparing its US IPO. NEVS CEO Tilk alluded to this in his opening statement. A few days ago, the Munich-based company filed an official registration form with the US Securities and Exchange Commission (SEC) for the planned IPO of its ordinary shares. However, the number of shares offered and the price range for the potential offering have not yet been determined. Sono Motors also emphasises that “the offering is subject to market conditions and there can be no assurance as to whether or when the offering will be completed or as to the size or terms of the offering.”

There is currently a lot of momentum in the business build-up at both NEVS and Sono Motors – some of it unpredictable. The production of the Sion seems to be desired by both sides, but is still fraught with question marks due to financial and company organisational limbo.

Incidentally, irrespective of the financing and production organisation, Sono Motors announced this week that the previously always quoted price of 25,500 euros for the Sion will rise by 3,000 euros to 28,500 euros from the 15,000th reservation. In a newsletter, the company commented on the move as follows: “It is common practice to enter the market as a new entrant with a very competitive price. It was therefore always planned to adjust the price of the Sion in the long term.”

dn.se (in Swedish) via elektroauto-news.net (in German), twitter.com (Tests in Trollhättan)