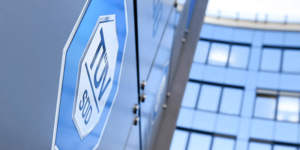 The German standards testing company TÜV SÜD has announced that it will invest 44 million US dollars in an approximately 7,400 square meter test facility for electric vehicle batteries near Detroit in the US state of Michigan. This is scheduled for completion in the first quarter of 2023 and will create 40 jobs.

The testing organisation TÜV says it will use it to further improve its battery and environmental capabilities in Michigan to meet the growing EV market and ever-increasing EV battery sizes.

“This investment by TÜV SÜD will create 40 good-paying jobs in a critical industry in Southeast Michigan as we work to grow the state’s economy, create good-paying jobs, and secure a strong future for our automotive and mobility workforce,” says Michigan Governor Gretchen Whitmer. John Tesoro, CEO of. TÜV SÜD America, thanked Whitmer and other partners – including the city of Auburn Hills – for their support.

In Germany, TÜV SÜD’s battery division is due to make a personnel change: Martin Eschler will become the new managing director of TÜV SÜD Battery Testing GmbH on 1 January 2022. His predecessor Christian Theeck will take up a new position within the company.

According to the testing company, the 37-year-old Eschler will be responsible for the operational testing business of the batteries. These also, but not only, come from the automotive sector. The TÜV subsidiary also tests batteries from industrial components, aviation and shipping, and medical technology.

Eschler announced that “extensive investments” would be made to further expand TÜV SÜD’s position in battery testing. “Together with our customers, we are creating the conditions for safety and confidence in battery technology, which is an indispensable component of environmentally friendly and sustainable development,” says Eschler.