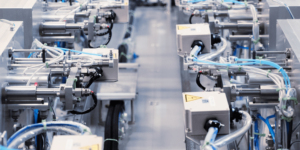 Leclanché says it intends to merge this company with a US-listed SPAC (Special Purpose Acquisition Company). A partner has already been found and a conditional exclusive letter of intent signed – but the SPAC has not been named. The merger is expected to be completed in the second quarter of 2022.

Despite these difficulties, in February 2021 the company launched a battery system for commercial vehicles and just a few months later announced a new pouch cell for electric utility vehicles. In June, Leclanché announced a new lithium battery module for energy-intensive electrified transport applications on road, rail and water, while inaugurating a new production line for large-scale module manufacturing in Switzerland.

This has clearly paid off and attracted the anticipated custom, saying in the announcement of the SPAC merger that the company has recently been selected as a strategic supplier, “from several Original Equipment Manufacturers (OEMs), in the fields of specialized mining, agriculture and defence vehicles.” Clearly enough to justify a division purely for electrified transport. The company also specialises in stationary battery solutions. In 2018, Leclanché reached the 100 MWh milestone of stationary storage projects around the world. As of this merger, the Swiss battery company that has been operating since 1909 has created separate entities for stationary and mobile battery applications.

Batteries are now being produced at Northvolt