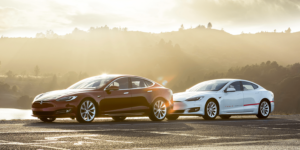 Tesla is recalling a total of around 675,000 Model 3 and Model S in the USA and China. On the Model 3, opening and closing the boot lid over time could cause the rearview camera to fail.

The front boot lid (frunk) on the Model S could open and impair the driver’s view due to faulty assembly. The recalls affect around 356,000 Model 3s and 119,000 Model Ss in the US, and around 180,000 locally produced and imported Model 3s and 20,000 imported Model Ss in China. It is not yet clear how many vehicles are affected in Europe.
reuters.com, insideevs.com, China: cnevpost.com

Czech Republic wants to keep a foot in the past