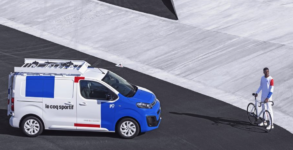 Transitioning off fossil fuels in transport takes more than just switching from a combustion engine to an electric car. France is now taking a new approach to make sure that citizens are informed of their options as well as their environmental impact.

Car manufacturers advertising in France will therefore be legally obliged from March onwards to refer in their advertising in all media to more environmentally friendly alternatives to transport such as public transport, car-sharing or cycling.

The phrases that are now required on car advertisements are one of the three following messages: “for short journeys, choose walking or cycling,” “Think about carpooling,” or “for commuting, take public transit.”

While there is some dissension from carmakers who complain that there is no differentiation made between electric and combustion engine cars, it may be that the primary environmental impact may not be the only concern here, but the secondary impacts of vehicles – including electricity use. For every large electric car on the road, governments have to ensure appropriate quantities of electricity to charge them.

This concern was raised in a different way in the City of New York recently. When the New York City government announced that it is aiming to electrify the city’s entire government fleet by 2030, it specifically stated that: “It [the Executive Order, ed.] also requires a review of every SUV in city government and the elimination of any unnecessary use of SUVs.” In the same announcement, the city also revealed plans for two “major” green energy transmission projects.

However, it could be said that electric car makers already get their digs in: All ads (except for radio) must also include the hashtag “#SeDéplacerMoinsPolluer,” which can be translated as “moving without polluting.” A little consolation for electric carmakers.