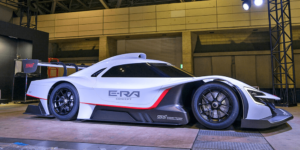 As is well known, the Solterra is based on the EV platform developed jointly with Toyota, which is marketed by Subaru as e-SGP (e-Subaru Global Platform) and by Toyota as e-TNGA. The production version of the compact electric SUV was unveiled at the Los Angeles Auto Show in November 2021.

At the Subaru stand at the Tokyo Auto Salon – actually a tuning show – the manufacturer has now presented the Solterra STI Concept. This is the abbreviation Subaru uses to market its performance models, such as those known from rally sport. The Japanese company is not yet giving performance data, but a new roof spoiler, red accents on the underbody and other add-on parts are supposed to represent “superior driving dynamics”. 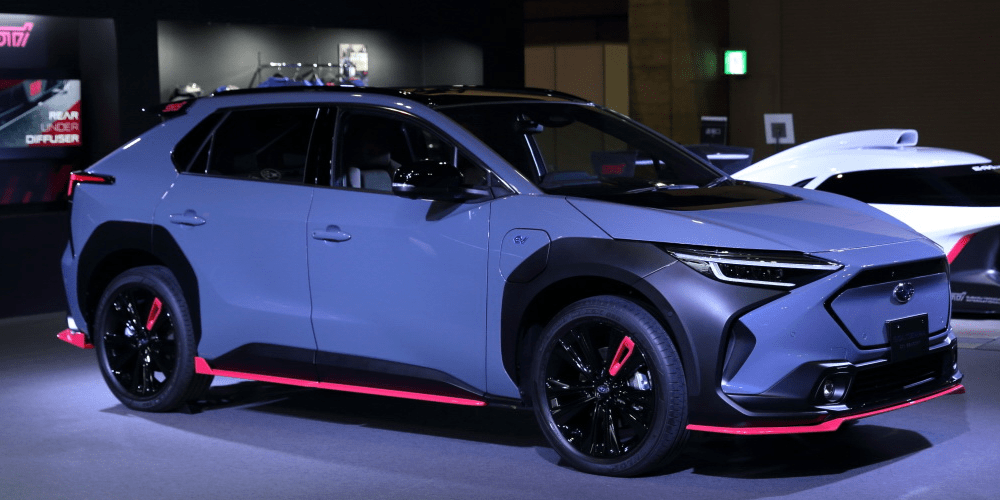 While a production version of the Solterra STI seems possible, this is much less likely for the second study. The STI E-RA Concept is a flat electric racing car with four motors producing a total of 800 kW – the electric drive system is supplied by Yamaha. According to Subaru, the project was set up to gain “experience with new technologies from the world of motorsport for the climate-neutral age”.

Media sources claim that the STI E-RA is expected to set a new Nürburgring record in 2023 after development is completed and initial tests on Japanese race tracks. The internal target for the Nordschleife lap is said to be 400 seconds, or 6:40 minutes. That would be around three seconds faster than the current sports car record of a Porsche 911 GT2 RS. But whether it’s enough for an official record doesn’t just depend on the performance on the track itself: To be included in the official leaderboard, the electric Subaru would have to be a production model (like the Porsche).

Subaru might have another goal, though: The Japanese emphasise that the drive concept meets the specifications of the announced FIA Electric GT racing series, which is to start in 2023. For this, throttling would be necessary (the power is to be a maximum of 430 kW), but unlike in the combustion engine GT series, no road vehicle is prescribed as a basis here, but is left to the manufacturers.