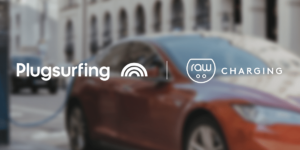 UK-based LiFe Network, powered by RAW Charging, has begun working with Plugsurfing to push their expansion across the UK and Europe. The charge point aggregator will provide RAW Charging with its back-end cloud software to grow the network.

RAW currently operates 600 charging ports within the LiFe network and says the Plugsurfing partnership will help its future growth. Plugsurfing enables the management of different chargers in a single platform.

New Chief Sales Officer Michael Warner of Plugsurfing stressed, “it is very important for our charge point operator partners like RAW Charging to have capabilities to operate different types of hardware in an efficient way” using Plugsurfing’s Power Platform.

In addition, it also allows access to its substantial Plugsurfing pool, which reportedly includes charging networks of some of the leading car manufacturers in Europe. Recent partnerships comprise contracts with Volvo and Polestar, with earlier deals seeing Nissan and Kia sign up.

In turn, the new partnership with RAW adds to Plugsurfing’s growing network of charging points across the UK, Scotland, and Northern Ireland. The company currently claims 250,000 charging points are available on its app throughout continental Europe as well, also through a wide-reaching roaming deal with Hubject.

With RAW onboard, electric car owners who use Plugsurfing’s app can also charge at station in the LiFe Network. RAW says its chargers are found both in-town and along major transit routes throughout the UK, with councils such as Liverpool, Oxford, and Sheffield, among other partners.

Plugsurfing was founded in 2012 in Berlin and was acquired fully by Fortum Oyj in 2018. The company offers white label solutions and deeper integrations with their in-house technology to carmakers. Over one million drivers are using the platform, according to Plugsurfing. In addition, charging point operators (CPOs) such as RAW receive said back-end cloud software for managing everything from country-specific regulations to providing diverse payment options for customers.