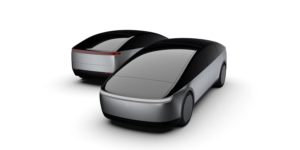 Norwegian start-up Fresco Motors has shown off an all-electric eight-seater crossover that should make it around 1,000 kilometres thanks to a very large battery. The Fresco XL will get all-wheel-drive and a structural battery pack, according to the company website.

Fresco Motors has yet to provide more detailed technical data on the electric car, which is already available for pre-order, and only renderings of the vehicle exist so far. These show a crossover between a sedan and a van: the roofline is more reminiscent of a sedan, but the vehicle is supposed to offer the space of a van inside. A pre-order requires a deposit of 1,000 euros or 10,000 Norwegian kroner, and the vehicle will later cost up to 100,000 euros or one million NOK. Fresco does not state on its homepage when the XL will be launched.

The energy stored in the structural battery pack – the battery is integrated into the body as a load-bearing part, which has a positive effect on the energy density – is to be retrievable via a bidirectional charging function. Propulsion is to be provided by an unspecified all-wheel-drive system.

It is difficult to assess how serious Fresco Motors’ plans are. However, some scepticism seems to be in order: the electric sedan Reverie previously announced by Fresco Motors was supposed to be presented at the beginning of 2021, but this has not happened so far. The electric sedan can also no longer be found on the company’s website. According to earlier reports, 3,000 reservations had already been made.

Fresco Motors has entered into a strategic collaboration with AKKA Technologies. The engineering and technology consulting company is to support Fresco Motors in the development of its recently introduced all-electric eight-seater crossover model XL.

In the process, AKKA is apparently to take over large parts of the classic development work, while Fresco will concentrate on the overall concept. “In accordance with our lean and asset-light vehicle development strategy, we are beyond excited to work with AKKA Technologies,” said Espen Kvalvik, CEO & Chairman of the Board of Fresco. “Their vast experience and expertise will ensure a high level of vehicle quality, and enable us to get our vehicles out on the roads more quickly.”