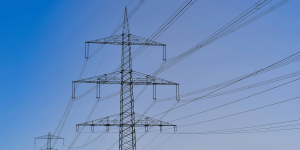 The German government wants to cover Germany’s entire electricity supply with green electricity by 2035. This goal would greatly support the uptake of electric mobility.

According to the coalition agreement revealed in November last year, a share of 80 per cent renewable energy was planned by 2030. Now, a corresponding amendment to the Renewable Energy Sources Act (EEG) with initial targets and measures for accelerated expansion has entered the departmental consultation process.

The EEG amendment was not only drafted against the background of climate protection but is also supposed to make Germany less dependent on energy imports – especially from Russia, given the current taut geopolitical situation with the Russian invasion of the Ukraine.  “This not only benefits climate protection but also makes us independent of Putin’s gas, oil and coal,” tweeted Oliver Krischer, Parliamentary State Secretary in the Ministry of Economics and Climate Protection.

Russia provides around half Germany’s gas and coal, although this can apparently fluctuate from month to month. Even more relevant to Germany’s transport industry is that Germany gets around 35 per cent of its oil from Russia too.

The German government wants wind power plants with a capacity of 100 to 110 GW to be built on land by 2030, and 30 GW more are to be built in offshore facilities off the coast, as Spiegel quotes from a key points paper on the proposed law. In addition, 200 GW of solar plants is to be installed, which would correspond to four times the amount produced today. These targets were already in the coalition agreement.

In order to achieve these goals, numerous measures are planned, from higher subsidy rates for solar systems on private house roofs to the promotion of solar systems on fields and the abolition of caps on subsidy levels. Not included in the draft is the simplification of the repowering of wind turbines, whereby older wind turbines at the same location are replaced by more powerful turbines.

In addition, the German green electricity levy for electricity consumers is to be abolished as of 1 July. According to the bill, energy suppliers are to be required to pass on the savings of 3.7 cents per kilowatt-hour in full to consumers. This could lower the price of electricity – and thus the charging of electric cars – at least in the short term.

Initial criticism of the proposed law has already been voiced – most pertinently that the paper did not cover the need for energy storage facilities. This could actually be covered by second-life applications of used electric car batteries, if the appropriate battery-life cycles were introduced, such as is the case in China. This means that electric car batteries are reused in slow electric vehicles, stationary storage and charging support applications according to the most urgent need. The EU is preparing new legislation on battery standards to be published in March, which is likely to cover second-life applications such as stationary storage before batteries are recycled.