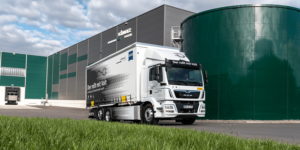 The Austrian Research Promotion Agency (FFG) has published a new funding program for zero-emission commercial vehicles and infrastructure, ENIN for short. The budget amounts to 275 million euros until the end of 2025, with the first call for proposals set for mid-2022.

According to the FFG, 45 million euros of the 275 million euros are earmarked for the current year. The focus is to increase the share of zero-emission commercial vehicles significantly. According to the FFG, only 1.8 per cent of new commercial vehicle registrations (N1, N2 and N3) in Austria in 2020 were purely electric, while the figure for existing vehicles was 0.65 per cent.

The target is to have at least 2,767 N1 vehicles registered by the second quarter of 2026. “Depending on which zero-emission drive technology (battery-electric, hydrogen fuel cell, overhead line) is used for this conversion and how the availability of models in the vehicle class develops, the number could rise to as many as 3,400,” said FFG.

According to the portal traktuell.at, the kilometre-based toll for zero-emission commercial vehicles in Austria will be reduced by 75 per cent as an immediate measure. In addition, a “pilot corridor with high-performance charging infrastructure is to be established along the A1 and A8 highways.” In addition, the subsidy includes a purchase premium for classes N1, N2 and N3 – i.e. from light commercial vehicles to heavy trucks. As is also customary in German subsidy programs, 80 per cent of the additional costs compared with a diesel vehicle are to be subsidized. Since ENIN is primarily concerned with fleets, there will be a minimum project size of three vehicles.

At the end of January, a consortium called ‘H2 Mobility Austria’ was formed to put 2,000 fuel cell trucks on the road by 2030. The underlying study was prepared by Deloitte, which also calculated that 80 per cent of the additional costs for the vehicles would be subsidized – but also 80 per cent for the necessary infrastructure; only 40 per cent is actually planned.